(Budapest, April 1st 1889 – Budapest, October 7th 1956)
He was a portraitist, a fine art photographer, a master of his profession honoured with the „gold wreath” (the highest award of that time), specialist, teacher of his trade, art collector. His pictorialist portraits, landscapes, - adverts that amalgamated the elements of new objectivity, still lifes, avant-garde nudes, and his new approach to portraits of people have all proved to be enduring and in many cases have inspired numerous followers.

He was born to a well-to-do Budapest middle-class family. In 1903, he began his photography career as an amateur. In addition to this, he painted portraits, often made drawings and played the bassoon and piano beautifully. In 1906, he took an examination in business studies and between 1909 and 1911, he studied at the München academy of photography where he finished with distinction and received the (then) most prestigious German professional photography award, the Dührkoop medal. We can therefore say that he had a flying start. From then on, his pictures could be seen all over the world and all manner of prestigious acknowledgment and prizes came to his name. In 1911 he received a gold medal in Rome and Moscow. One year later, he attained the acknowledging diploma of the Association of International Professional Photographers’ V Parisian Congress. Another year and he was chosen to be an honorary member of the Salon of Photography in London. Numerous other cities honoured him for his pictures; Göteborg in 1929, Vienna in 1929 and 1934, Amsterdam in 1932 and Milano in 1934 where the World Exhibition of Applied Arts took place.

As well as his creative work, he also started to concern himself with passing on his knowledge. If one day the history of Hungarian Photography is published, his name will be mentioned among the first there too. On the charge of the capital city, he founded the photography section in the Budapest Arts and Craft School in 1913. A long-standing problem was solved in this way: these (professional) photographers could get an organized education in their specialties. The prize deserved for establishing the first photo school failed to be awarded this time, moreover in 1920 he had to stop teaching, for his left wing views and was rehabilitated only in 1946.

In 1911 he opened the first studio in Budapest and moved into his celebrated studio flat under No.8 Dorottya utca in downtown Budapest the interior of which was designed by Lajos Kozma, the most famous architect of the time. Although he was not able to continue his teaching in an official capacity in a state school, he did not give it up. In his studio there were always many students, among them those of aristocrat and upper middle-class descent, relatives of the staff of the foreign representations, and some among the photographers who became famous afterwards, such as Éva Besnyo, Éva Barta, Zsuzsa Pintér, Erno Vajda’s son and Lászlo Bruck. In 1917 he organized an exhibition from the pictures of his students called Pupils’ Photographs.

He travelled to many places and collected 19th century French furniture, paintings and textiles with real expertise. He became a well-known connoisseur of art. It was still a pleasure to step into his salon even forty years after his death. He was joined in marriage on November 1st, 1929 to Rozi Balázs, who appeared in the Photo und Publizitt advertisement book in the following year – which is the first volume on this theme, and the reprints are still bought everywhere in the world today – and she became one of his most-photographed models. It is not an exaggeration to say that Pécsi was one of the artists who raised advertising photography to an art, who with his pictures created schools which still exist today. Of course, it is possible to say that he was also the master without equal of portraits or nudes. Clearly it is not by chance that the publication of the first nude portfolio was connected to his name. He created portraits of famous people such as Béla Bartók, Lajos Kassák, Dezso Kosztolányi, József Egry, Pablo Casals, Anna Pavlova and Nizsinszkij, and much later he was even summoned to the party headquarters to take the portrait of Communist dictator Matyas Rakosi, when he turned 60.

The Deutsche Kunst and the English Studio published his works several times. While he created excellent pictures in the new style of photography, he also carried off masterfully the refining techniques. He wrote articles and held lectures on the art of oleographs (1928) and his refining techniques (1940). In 1952 he patented the combined duplex pigment prints under the name PEJO. If he was given a task for which he did not have the right equipment, he was willing to put together or alter cameras especially for that purpose.

His contemporaries thought well of him as well. They elected him deputy president of the Budapest Photographers’ Trade Organization and as the editor of the Magyar Fotográfia (Hungarian Photography) photographers’ professional editorial. He became a gold-wreathed master from 1932.

The married couple fled to Nagyvárad from the Hungarian Nazis, where the police captain was Pécsi’s brother-in-law. At the time of the siege of Budapest, in 1944/45, his studio in Dorottya utca burned down, and when they returned to Hungary in 1946 they only found only a fragment of their possessions, library, pictures and negatives. From then on, Pécsi, a par excellence citoyen, did not – could not – find his place in a world that was declared even publically to be ideologically “anti-bourgeois”. The last ten years of József Pécsi’s life heralded the glory of socialism that existed then. This man, who between 1911 and 1940 earned seventeen grand prizes, among them five gold medals, five silver medals, diplomas and dozens of plaques, made his living from the creation of passport-sized photographs and portrait photos in his flat in Vámház körút (then known as Marshall Tolbuchin Boulevard). In one of his letters, he asked for a used winter coat still in good condition from his former students living abroad. After a long illness, he died aged 67. There is a memorial plaque that commemorates his name at the entrance of his old studio at Dorottya utca 8. Luckily reprints of his books and exhibitions of his work are appearing one after the other, and his place in Hungarian photography is secured. 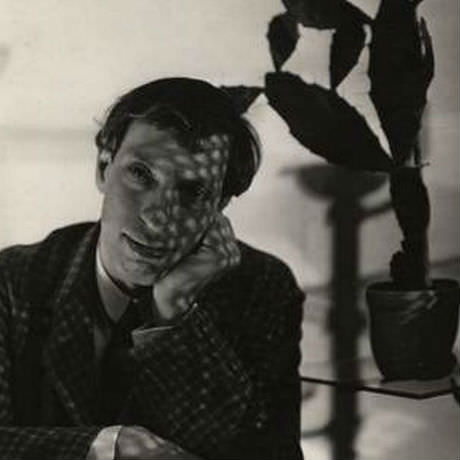