“These pictures grew out of the curiosity about and admiration for this band of beautiful, strong women, who first let me into their lives then allowed me to try making one picture, then joined me in a tradition, an annual rite of passage. I love my sisters-in-law Mimi, Laurie and Heather, and I thank them wholeheartedly for their love and patience. Bebe, my true love, my bes t friend, is the centre of my life. How lucky, how grateful I am”

Nicholas Nixon occupies a singular place in the recent history of photography. Focused on portraiture above all, and with a strong interest in the descriptive possibilities of the camera, his work reveals a tension between the visible–the subject, depicted skillfully and with extraordinary clarity–and the invisible–the emotional content, thoughts and curiosities that emerge in his photographs.

His serial work explores unique worlds with a notable social concern that allows us to access unseen aspects of the artist’s private reality. But the everyday qualities of the series make them relatable and awaken in us echoes of associated memories and emotions. The communication of the passage of time and the absence of dramatic elements define a body of work that unfolds over nearly five decades of continuous dedication. Nixon employs a simple technique, almost obsolete, yet impeccable, the use of a large-format camera that encourages intimacy and cooperation with his subjects allowing him to reveal the worlds of the elderly and the sick, as well as the inner life of families and couples.

The series The Brown Sisters has become one of the most powerful studies of portraiture and temporality to be found in contemporary photography. Undoubtedly, it embodies the inherent nostalgia of photography, the medium’s ability to stop time. Each year Nixon photographs his wife Bebe and her three sisters with a large-format camera outdoors, with natural light. The order of the subjects is always the same, having been established by accident at the first shoot: from left to right, Heather, Mimi, Bebe and Laurie. The women, with some exceptions, always face the camera.

In 1974 Nixon made a portrait of the Brown sisters, but didn’t consider it good enough to keep. The following year, however, he took the first photograph of the series; at the time Bebe was 25 and her sisters Heather, Laurie and Mimi were 23, 21 and 15, respectively. Nixon was pleased with the photograph and kept it: “The photographs of the Brown sisters were totally casual. All of us liked the photo and that’s where the idea came from. Most parents have the same idea”. The following year Nixon took the second photograph at a family reunion and, recognizing the quality of the exposure, decided to propose making these portraits an annual tradition. Only one photograph from the various takes would become part of the series, and the chosen photo would be selected by consensus between Nixon and the sisters.

Each one of these images is a section of their lives, but when we view them year-by-year, we recognize that the sisters do not remain unchanged, like photographic subjects often do in our memory; the passage of time visible in their faces is a confirmation of vulnerability that causes us to feel a painful sensation of loss. Temporality is not only reflected externally in aging faces or in changing fashion trends; a close inspection of the photographs reveals shifting psychologies, as well as altering and enduring attitudes with respect to family ties. The series shows smiles, thoughtful gazes, complicity, and shared joy over pregnancy, but also blank stares of grief that convey pain and turmoil.

Carlos Gollonet
Curator of the Exhibition 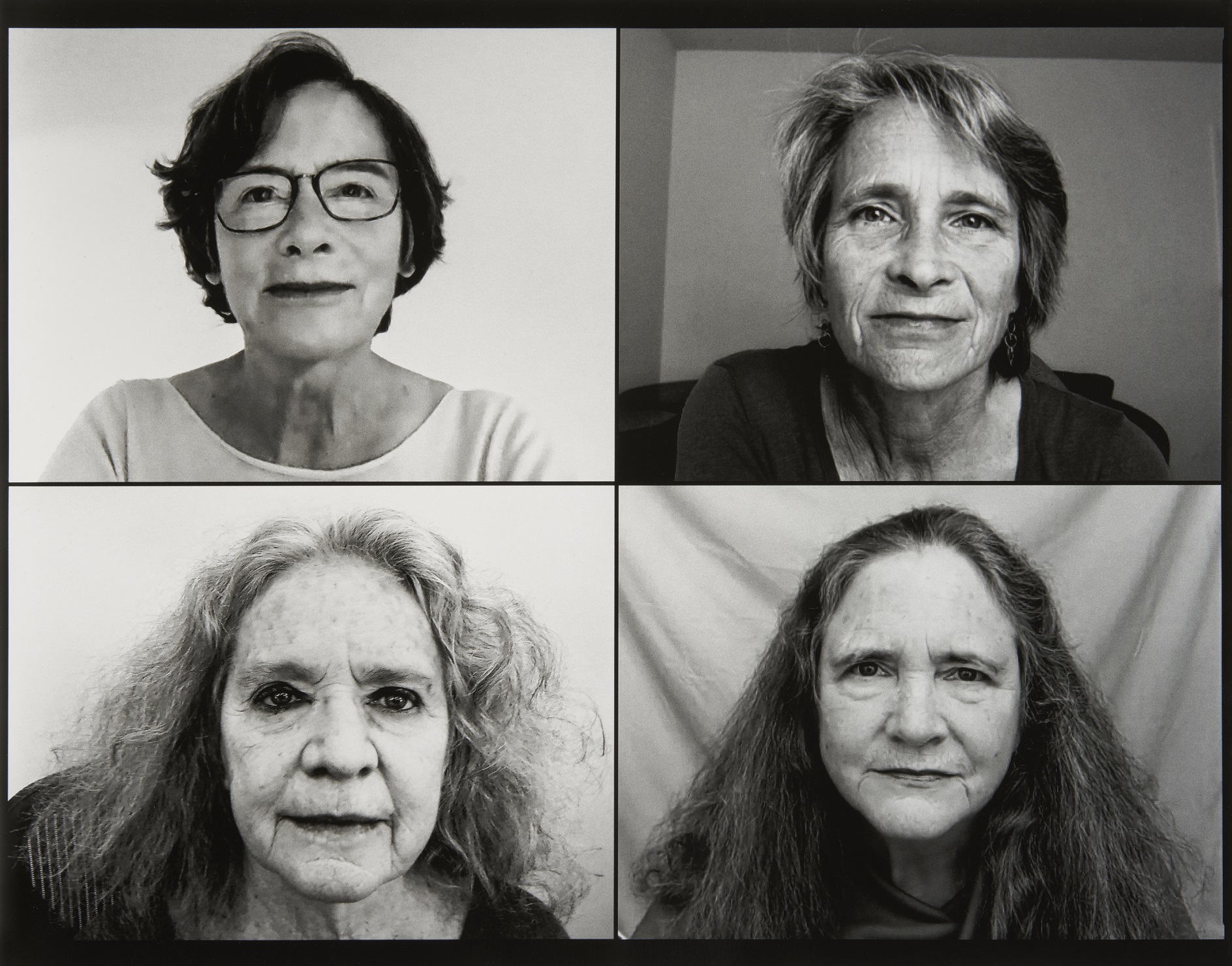 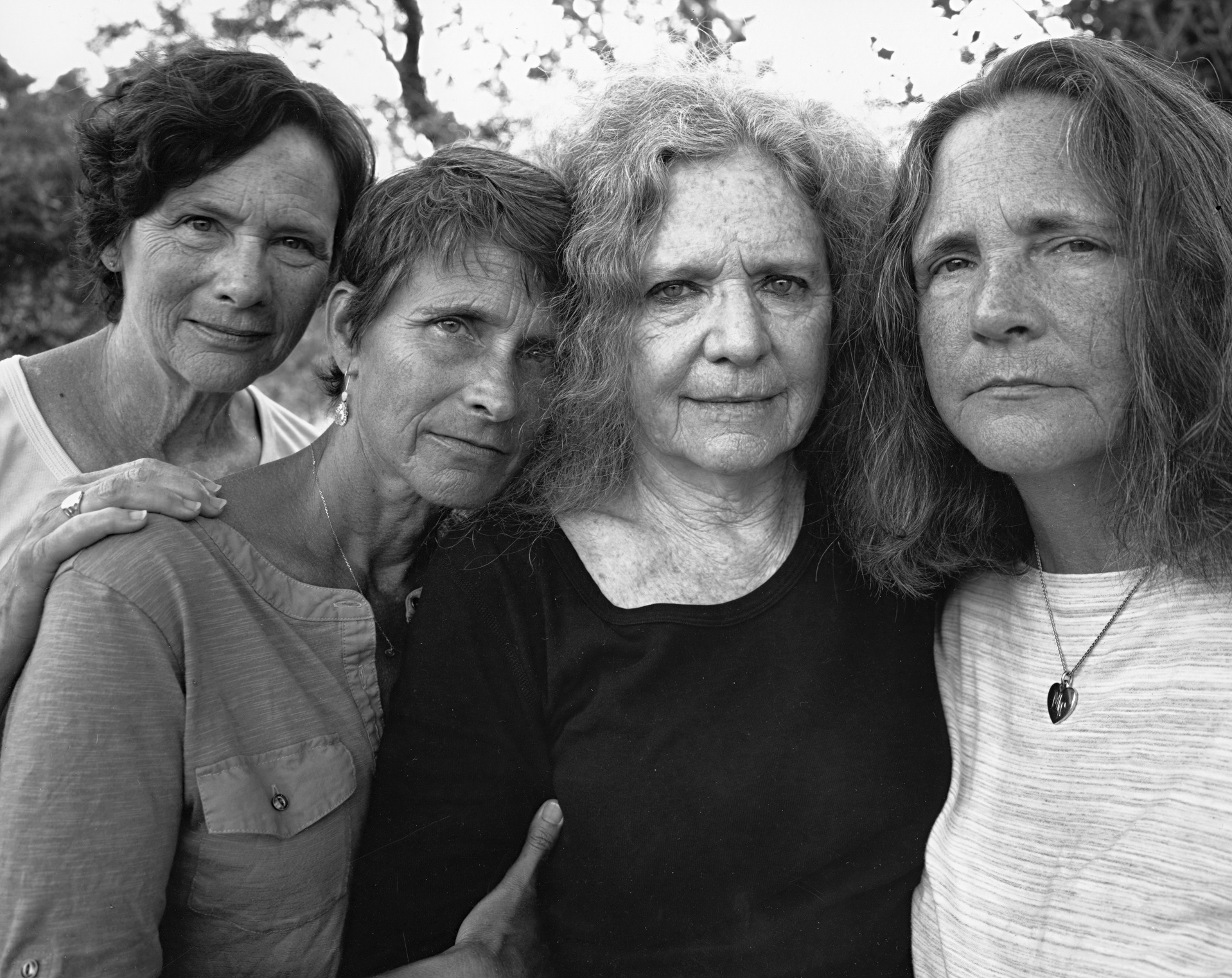 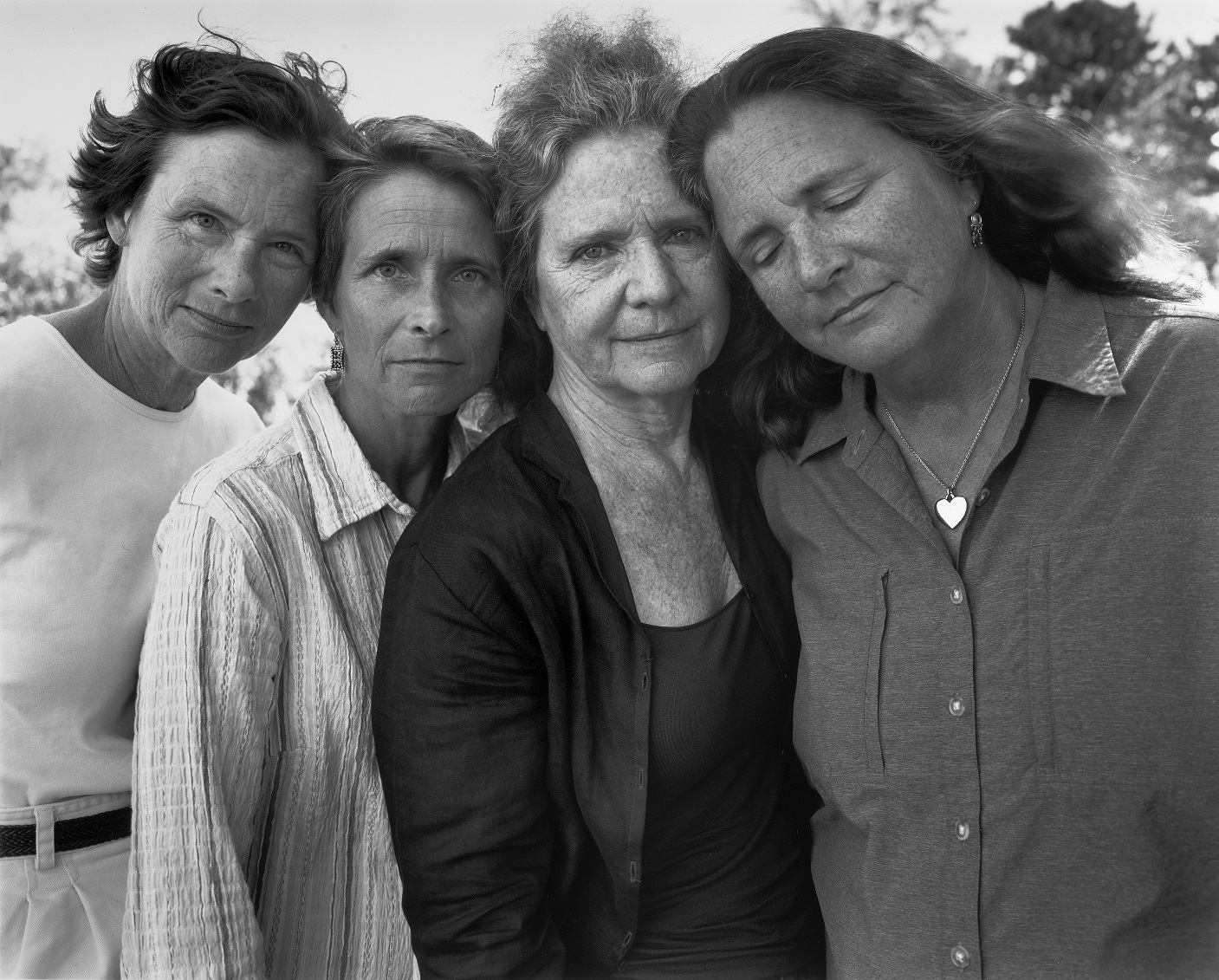 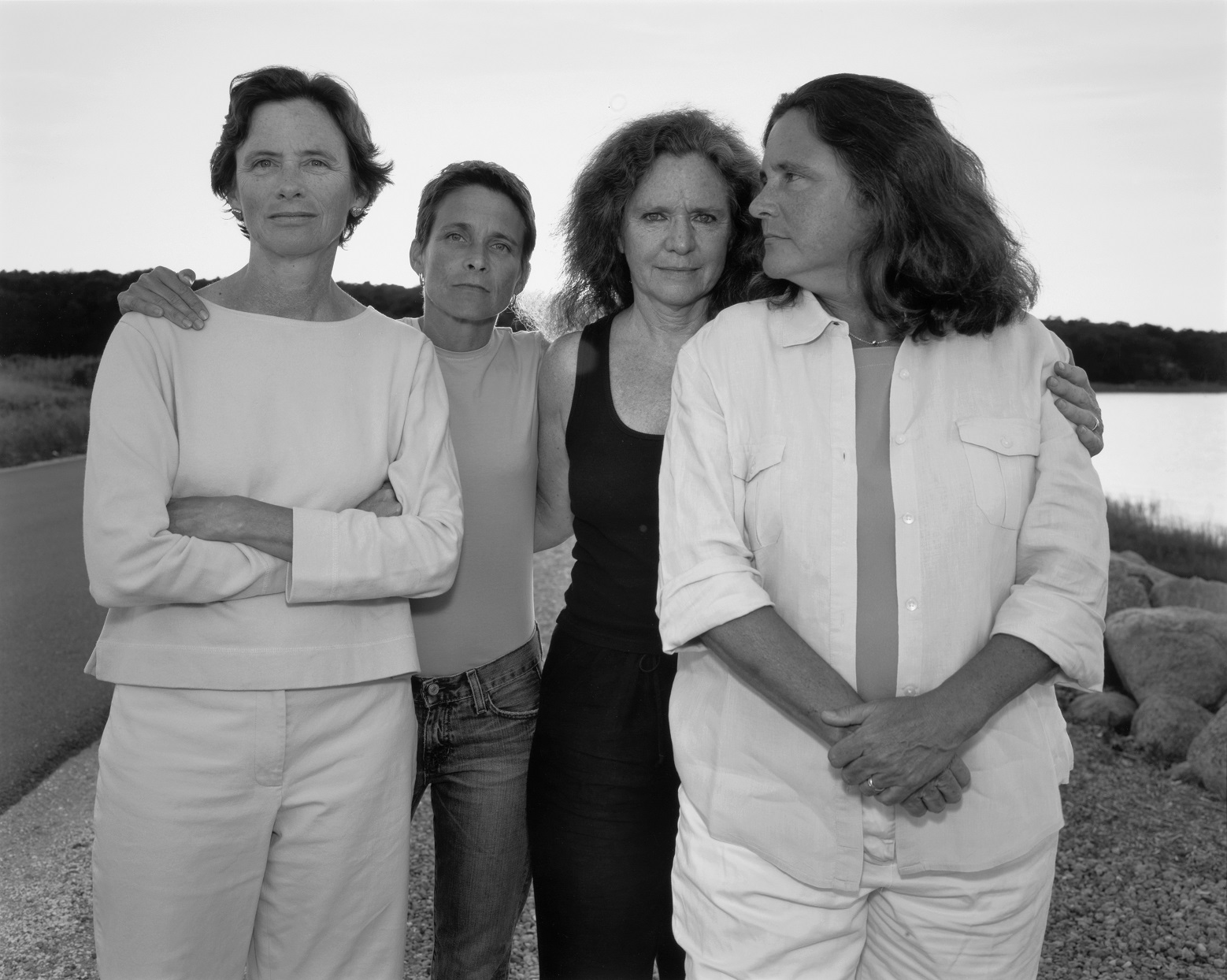 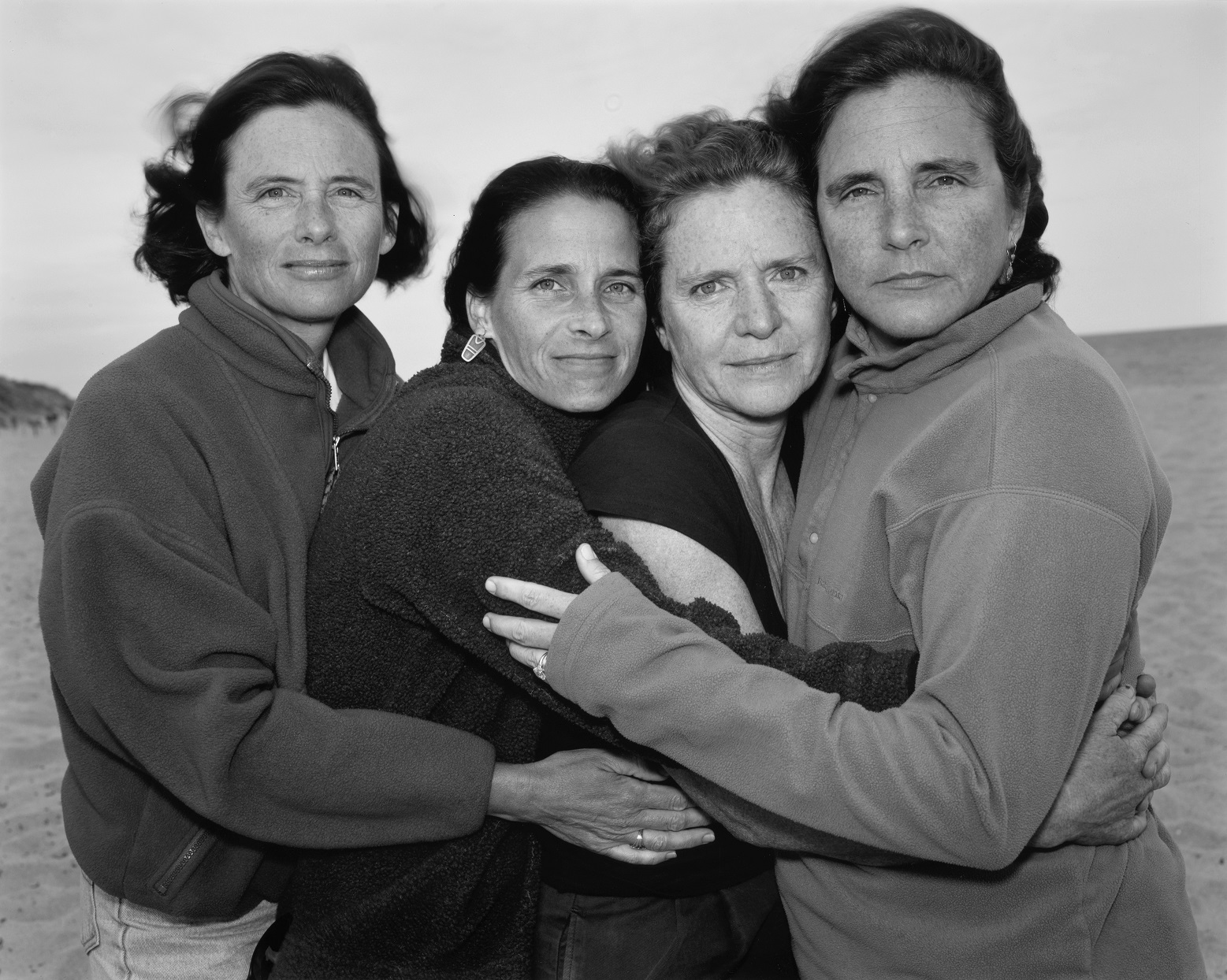 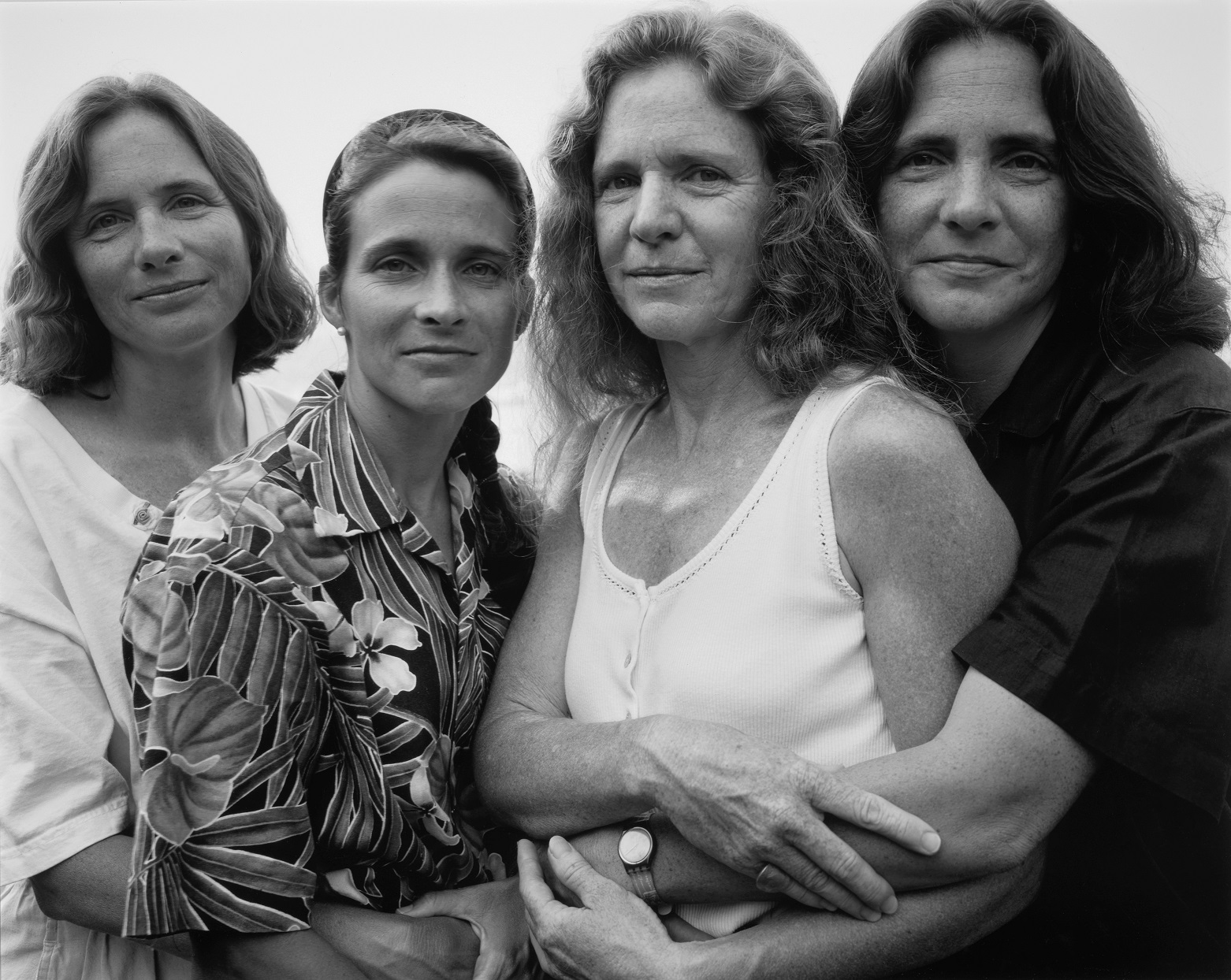 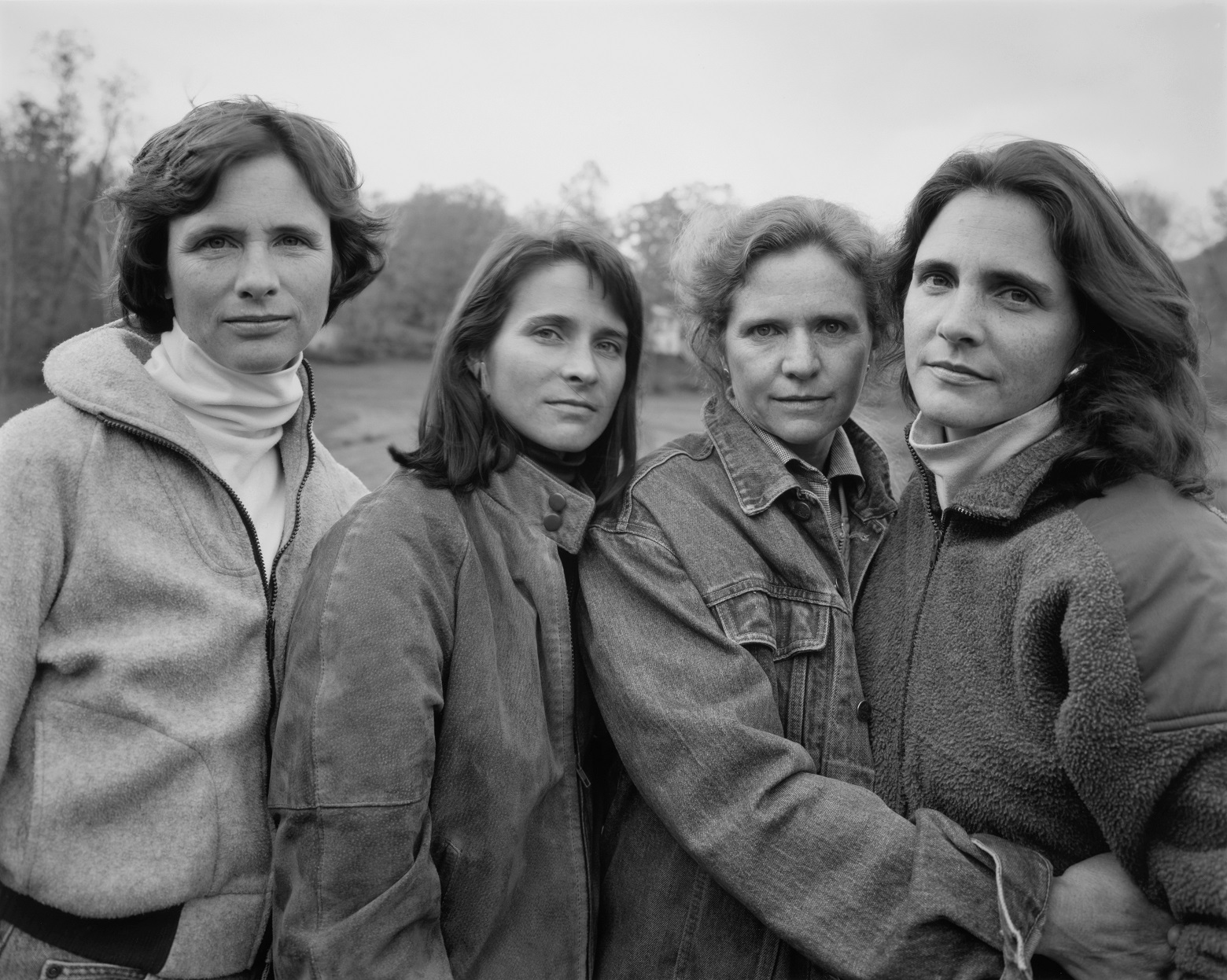 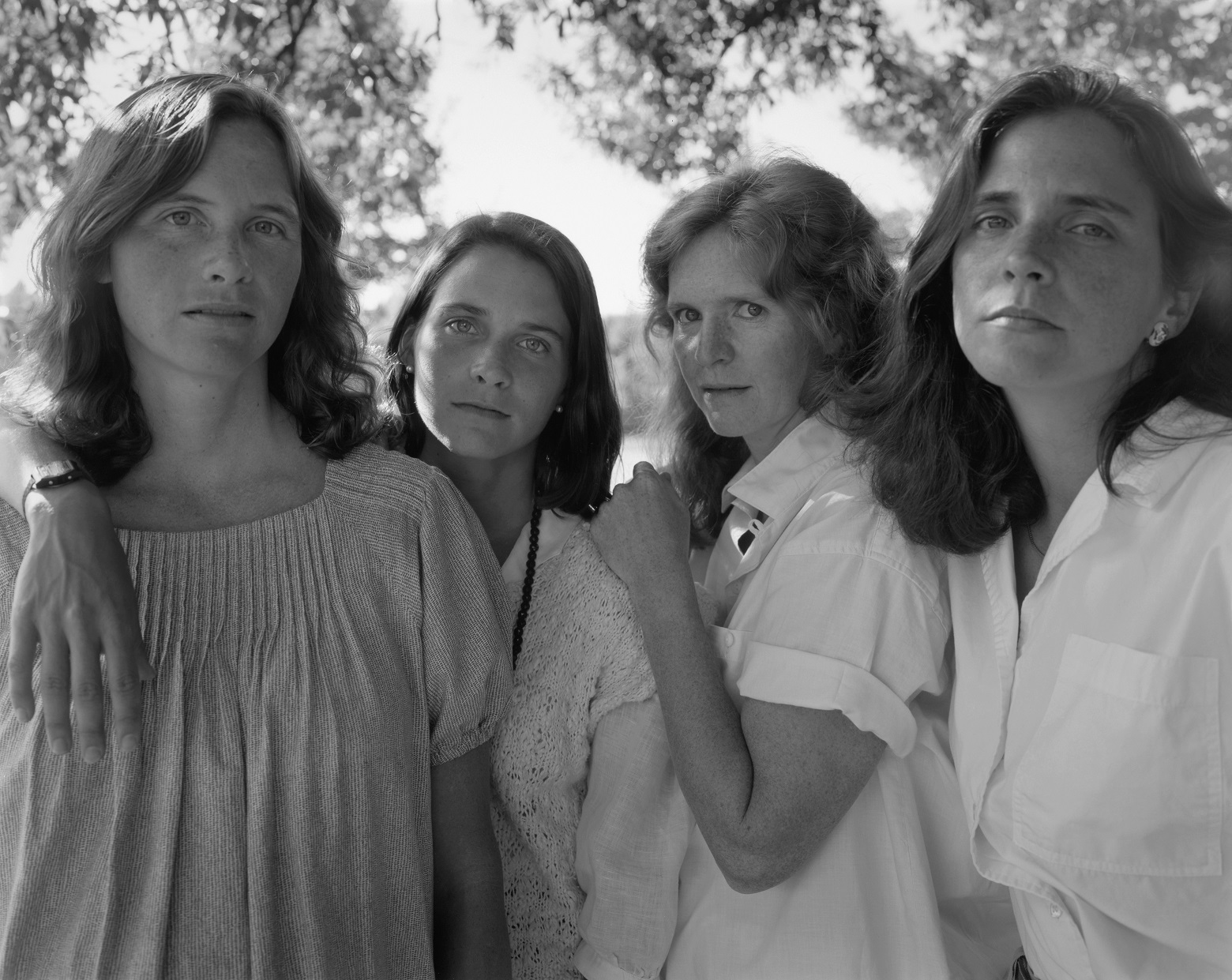 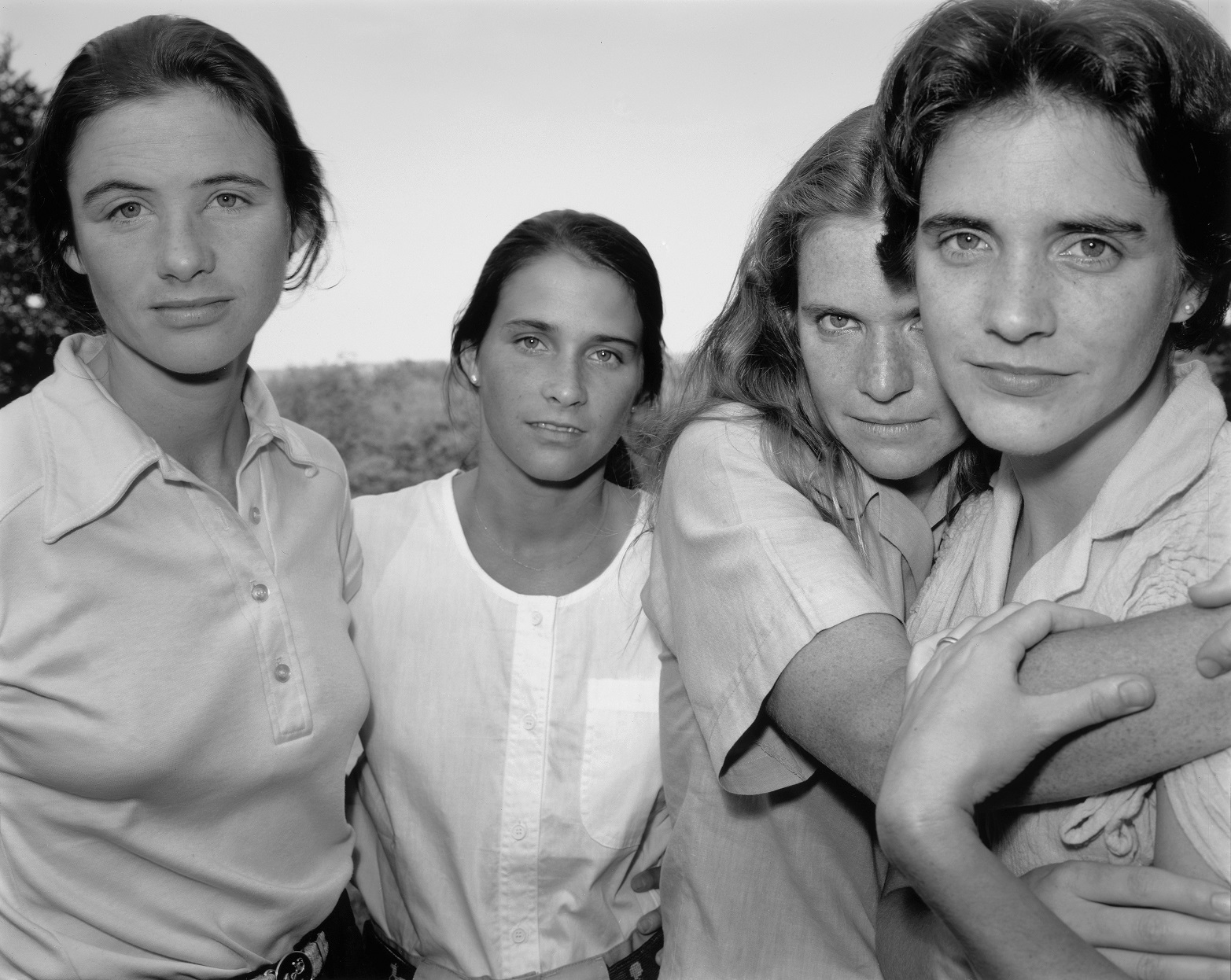 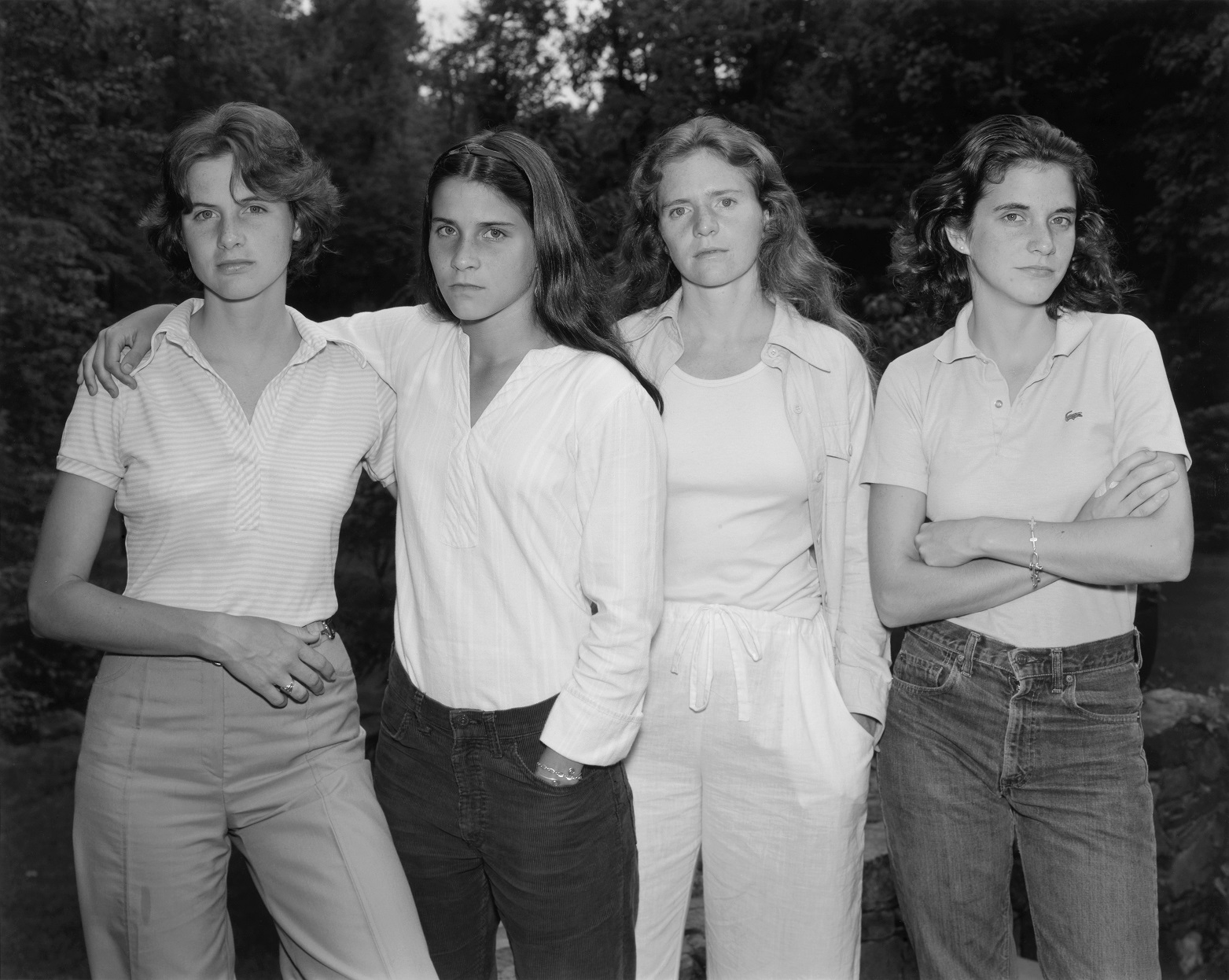 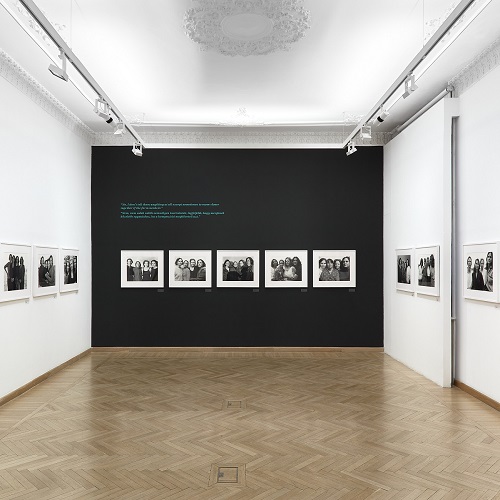 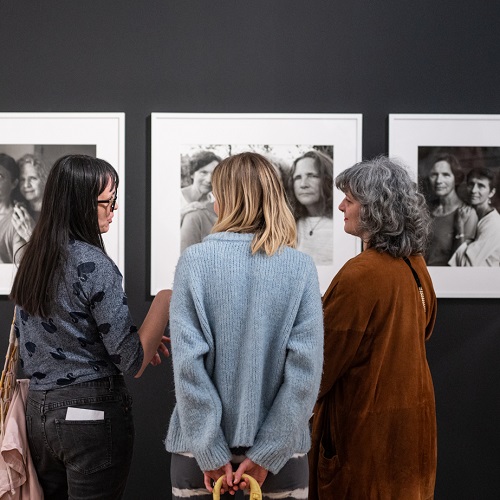 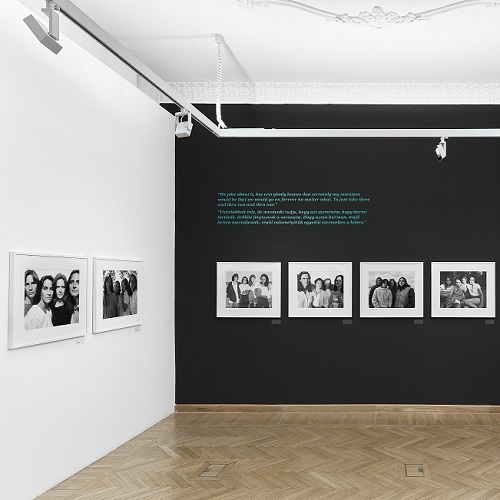