The exhibition Anatomy of a Dream presents the visual investigations pursued by Katharina Roters in Armenia since 2000. The artist’s interest for the cultural, ideological contexts and architectural processes that have reshaped the natural and urban landscapes of the country unfold in three distinctive bodies of works.
In the photographical notes that she compiled in the early 2000, she explores the urban surfaces of Yerevan and elaborates a visual dictionary of architectural characteristics focusing on and identifying specific urban motifs, textures, scales, juxtapositions that define the city. In the photographic explorations she has been conducting in the country since then, Katharina Roters is examining how the urban tissue transforms, how its rules and codes are rewritten and how Yerevan itself has become an architectural palimpsest in permanent mutation. Finally, the case-study of Metsamor, the atomic city which was to be accomplished as a soviet utopia, but collapsed as such into a barely breathing urban skeleton, reveals the national desires and endeavours that keep the country slumbering in a phantasmatic dream, and that spins the meta-narrative thread shaping the built environment. (Róna Kopeczky, curator) 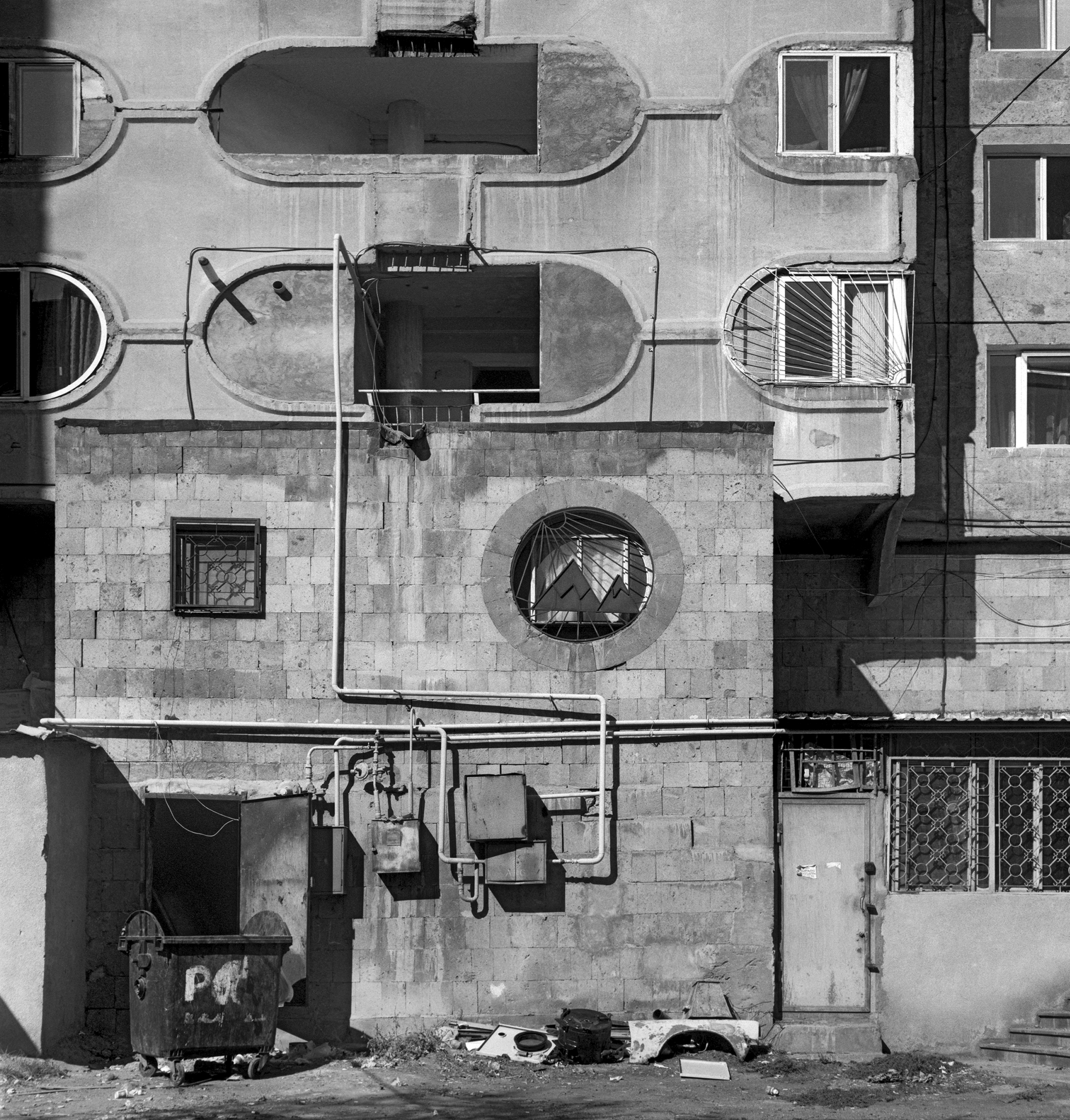 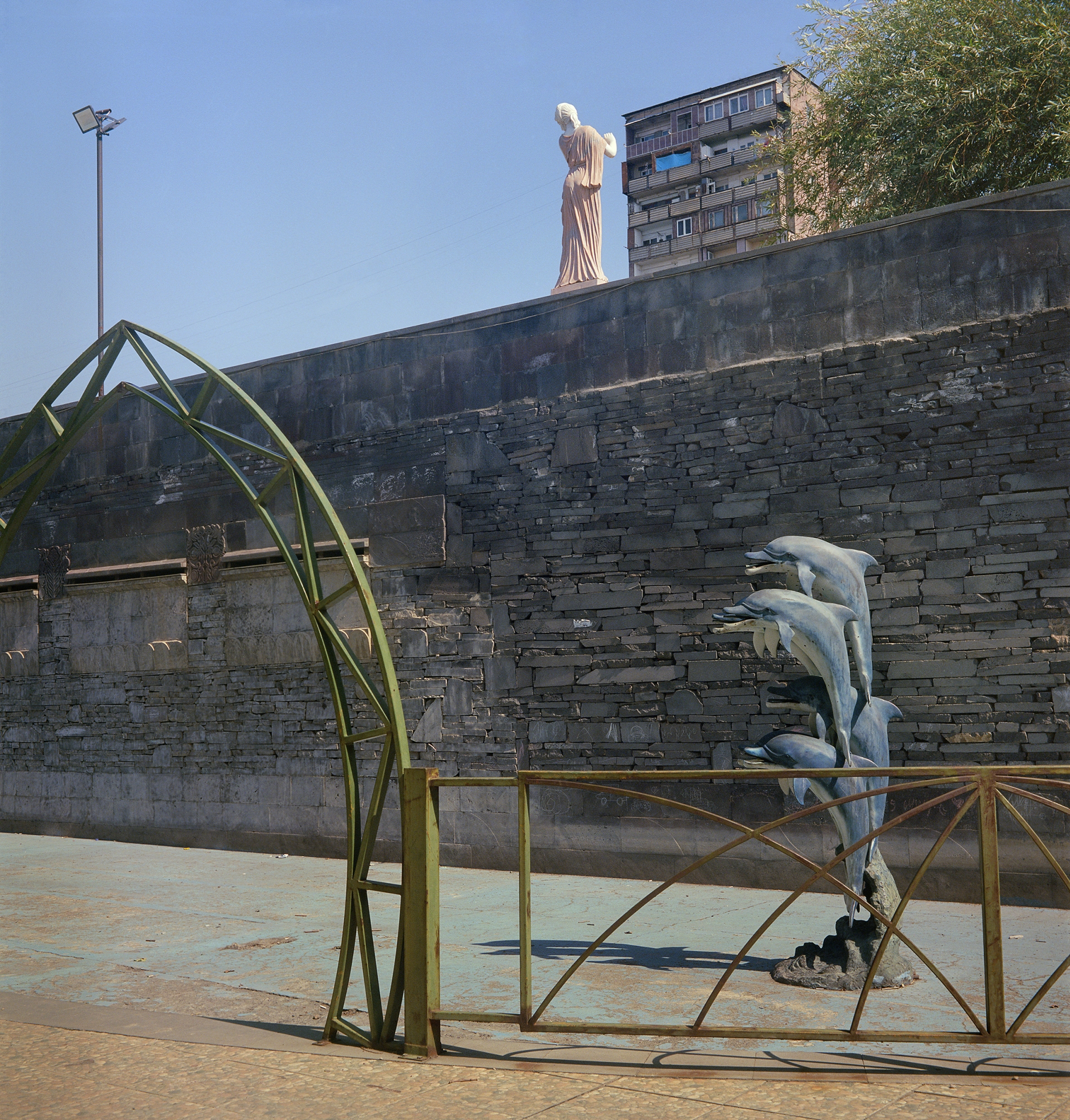 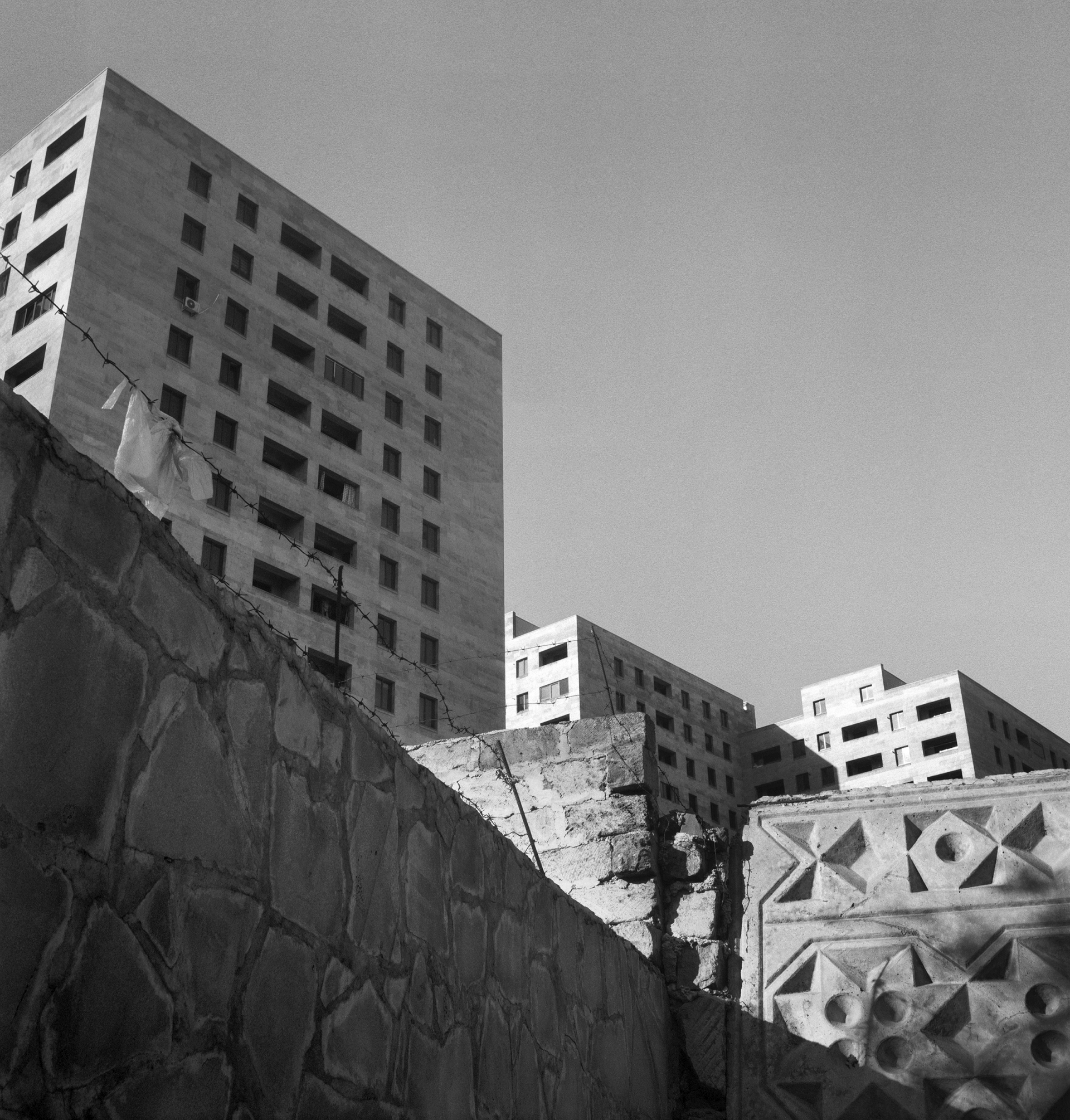 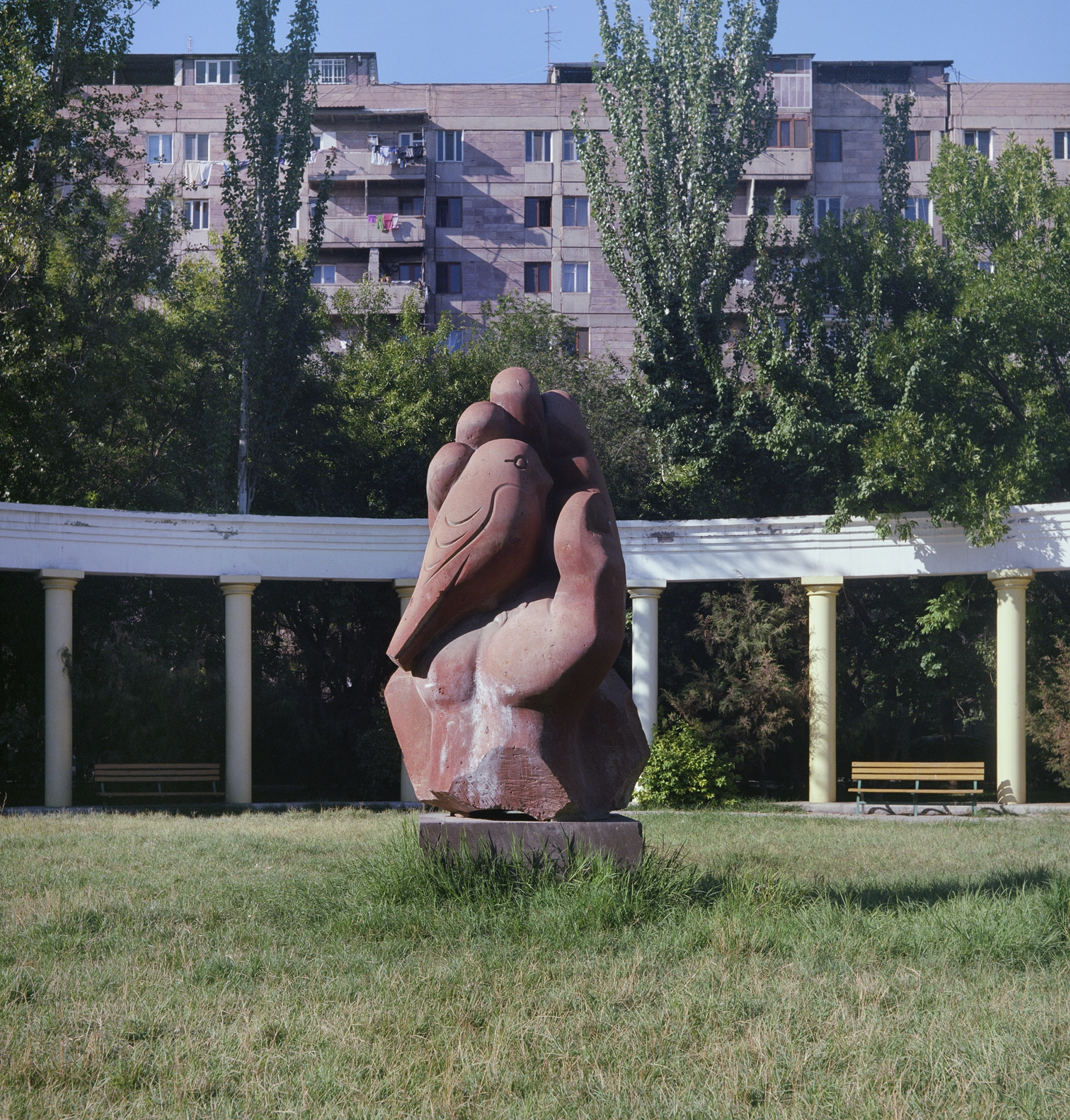 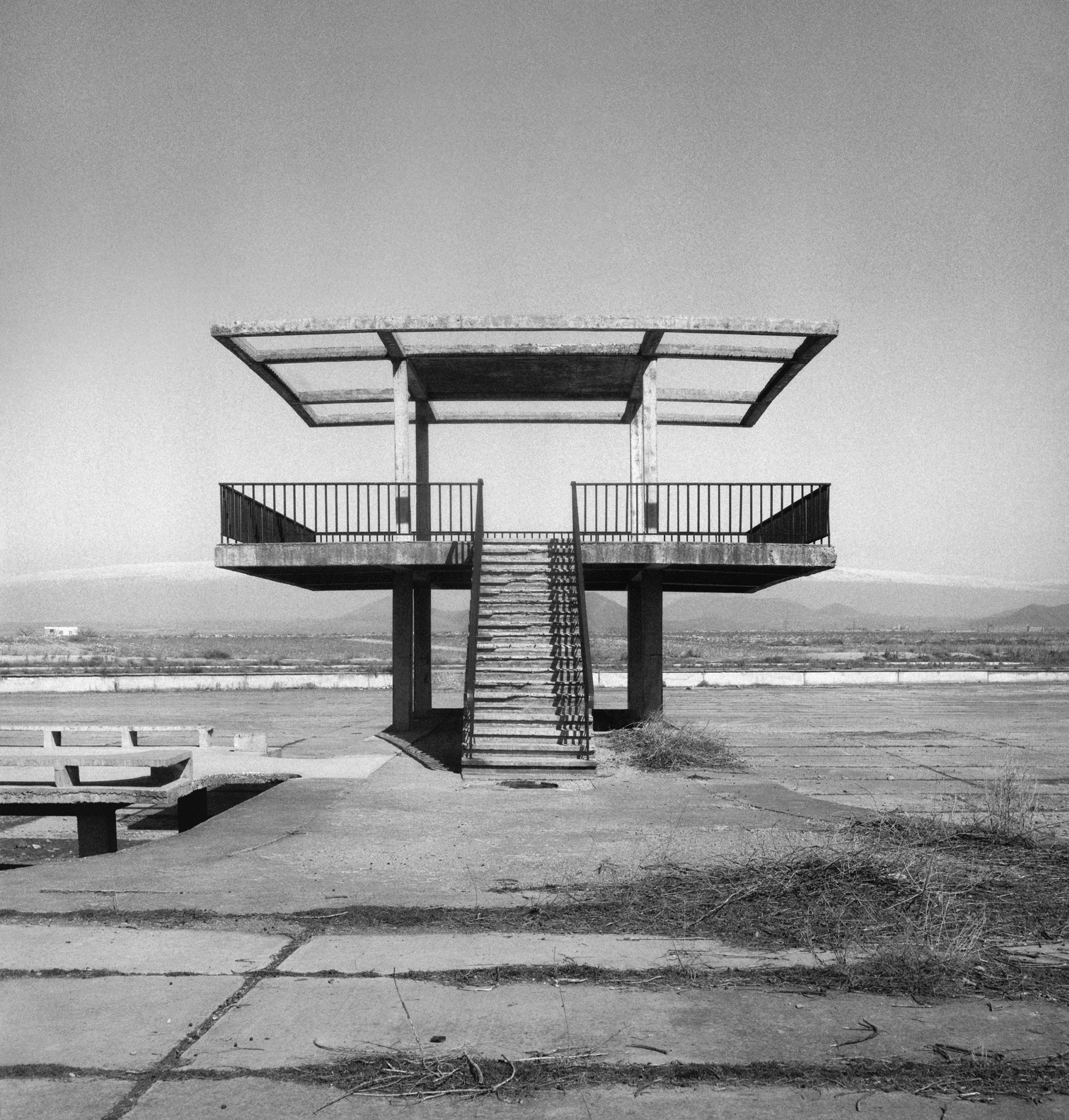 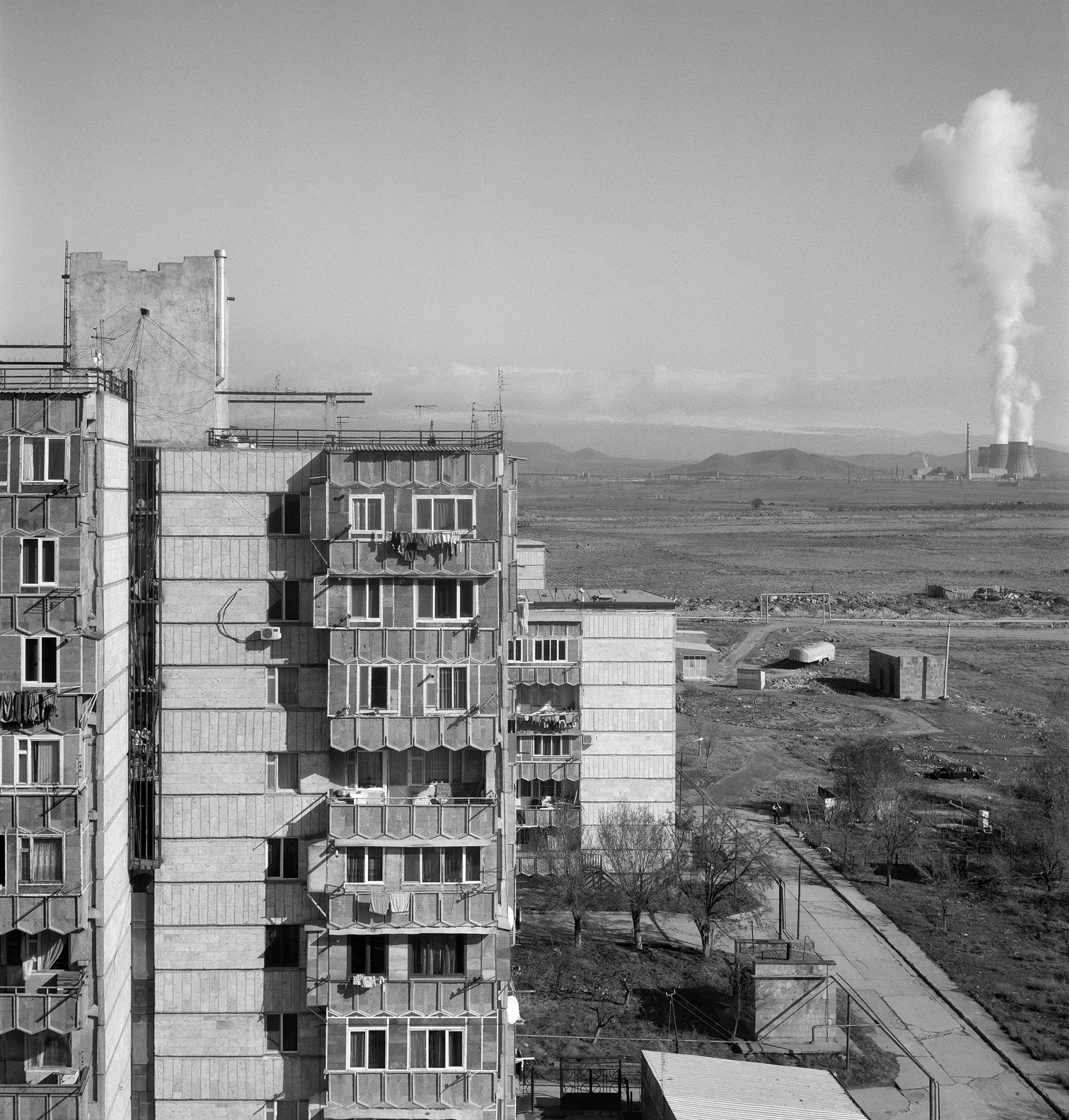 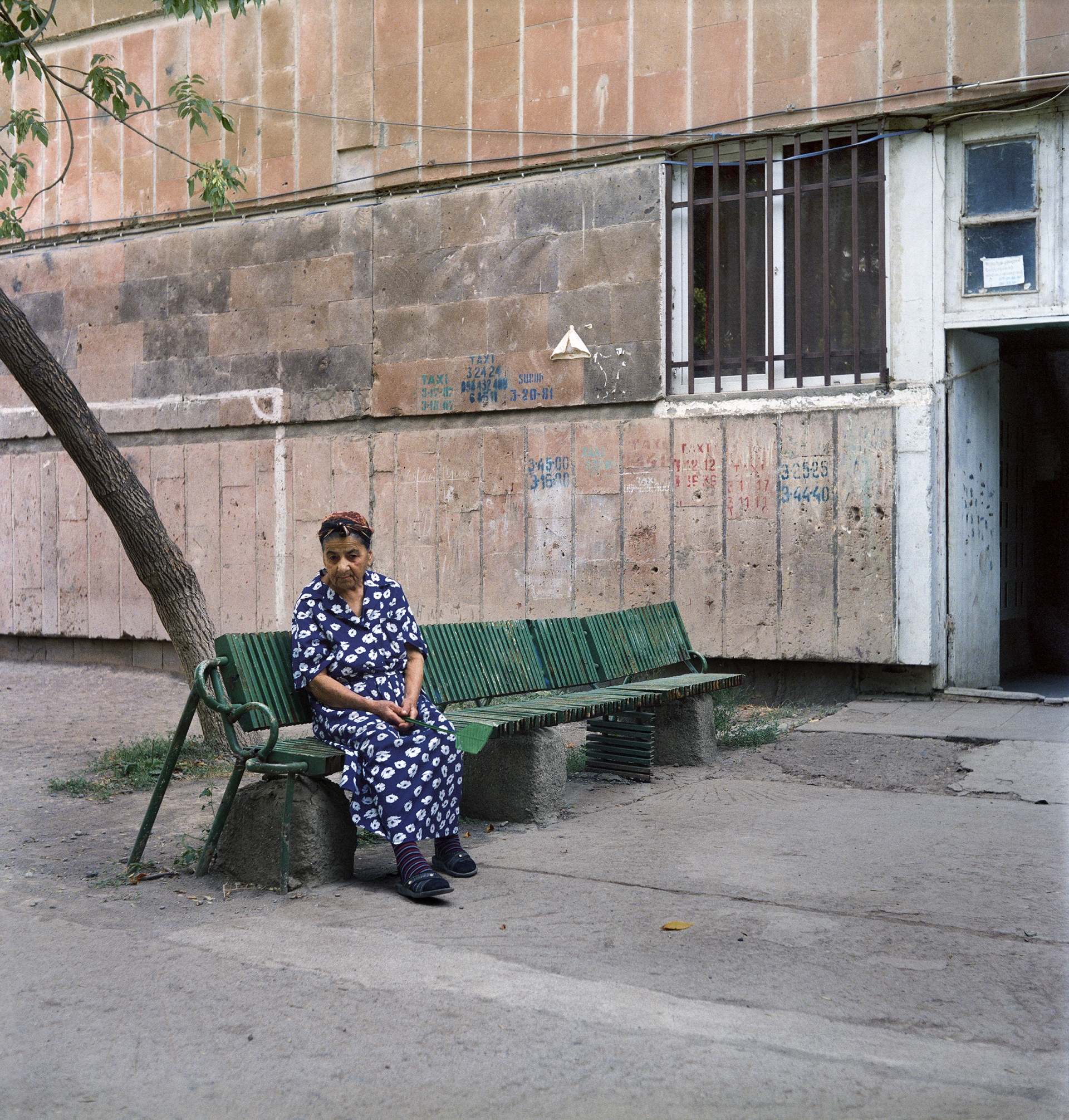