This is the first time the original photographs of a young, now forgotten Hungarian aristocrat have been shown to the public in Hungary. Pál Rosti was born in Pest, on 29 November, 1830, and died regrettably young, at age 44, in Dunapentele, on 7 December, 1874.
Following his university studies in Munich, in 1854 he set out on an expedition to extend and refine the available knowledge of geography. The idea was greatly influenced by Alexander von Humboldt, whose works he was conversant with.

The young explorer left Le Havre for America on 5 August, 1856. Ha made landfall at Havana, Cuba, on 12 January, 1857, and began to write the detailed notes that were to be published in Pest in a book. He explored Cuba, Venezuela and Mexico, taking photographs and collecting objects. On 8 August, 1858, he sailed from New York to Southampton, and is then believed to have spent three months in Paris. He had to organize his negatives, and had large positives prepared, which were arranged in albums by Despierres, the bookbinder. He travelled on to Berlin, where he presented Humboldt with one of the albums. Rosti made his Pest debut with another album, which was made available to public viewing at the National Casino. He went onto donate the volume to the National Museum. The press at the time was enthusiastic about the album, which is still in excellent condition, and is held at the Rarities Collection of National Széchenyi Library.

Rosti spent a further two years preparing his notes for publication; he purchased prints for illustrations, and had Gusztáv Klette make prints after his own photos. Since the figures were often blurred in the photographs, Rosti provided his recollections, sometimes even drawings, to get the details right. The tome, Úti emlékezetek Amerikából (Travel Notes from America) was released in two versions by Gusztáv Heckenast’s publishing house. Each contained two coloured and thirteen monotone lithographs, two steel etchings, and 25 woodcuts.
Pál Rosti is not known to have taken more photographs, and we are in the dark with regard to many questions because the whereabouts of his estate are unknown.

In 2019, on the 250th anniversary of Humboldt’s birth, Rosti’s album was presented at the Cologne Ludwig Museum’s exhibition, Alexander von Humboldt, die Fotografie und sein Erbe. The same year the Hungarian National Museum organized a memorial conference in celebration of Pál Rosti’s fifth album. It is now evident that Humboldt served generations of artist travellers with inspiration, encouraging them to document sceneries and curious plants in great detail. Pál Rosti even placed photography in the service of this spirit of inquiry, of science. Their faults not withstanding, every one of his photos is a breathtaking experience. Wonderfully composed, these very early landscapes are made all the more valuable by the several small errors and distortions. There are no clouds, because they could not yet be captured; watersurfaces are homogeneous masses; figures are out of focus and blurred; vehicles in motion are doubled. The shadows and how they are cast make for the pleasures of graphic art.

Presented here are certain pages from one of the albums Rosti created for her three sisters. It was purchased from the Treforts for the Hungarian Museum of Photography in 1975. The images on the walls follow their order in the album made for Ilona Rosti. The entire album can also be viewed on the projection screen. 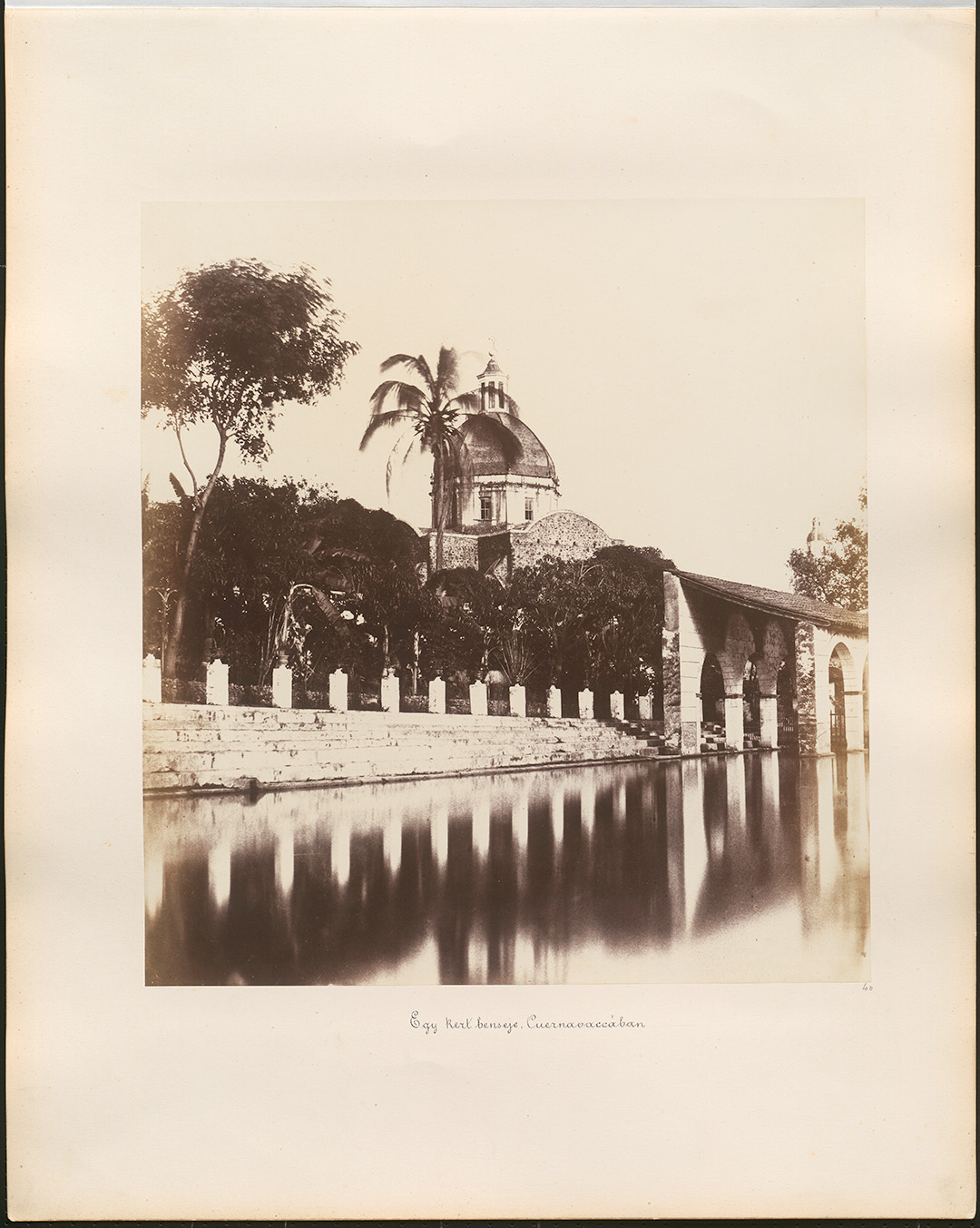 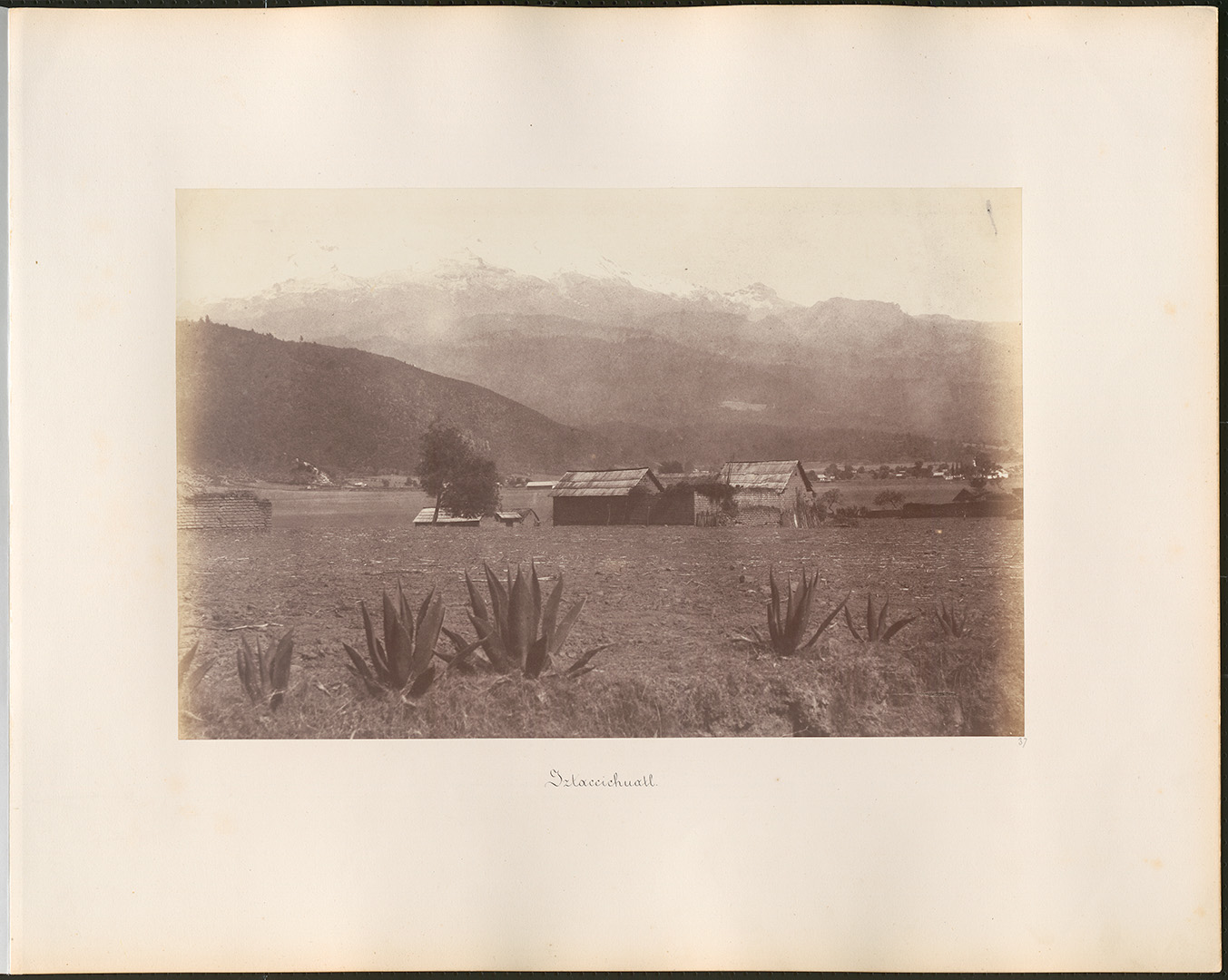 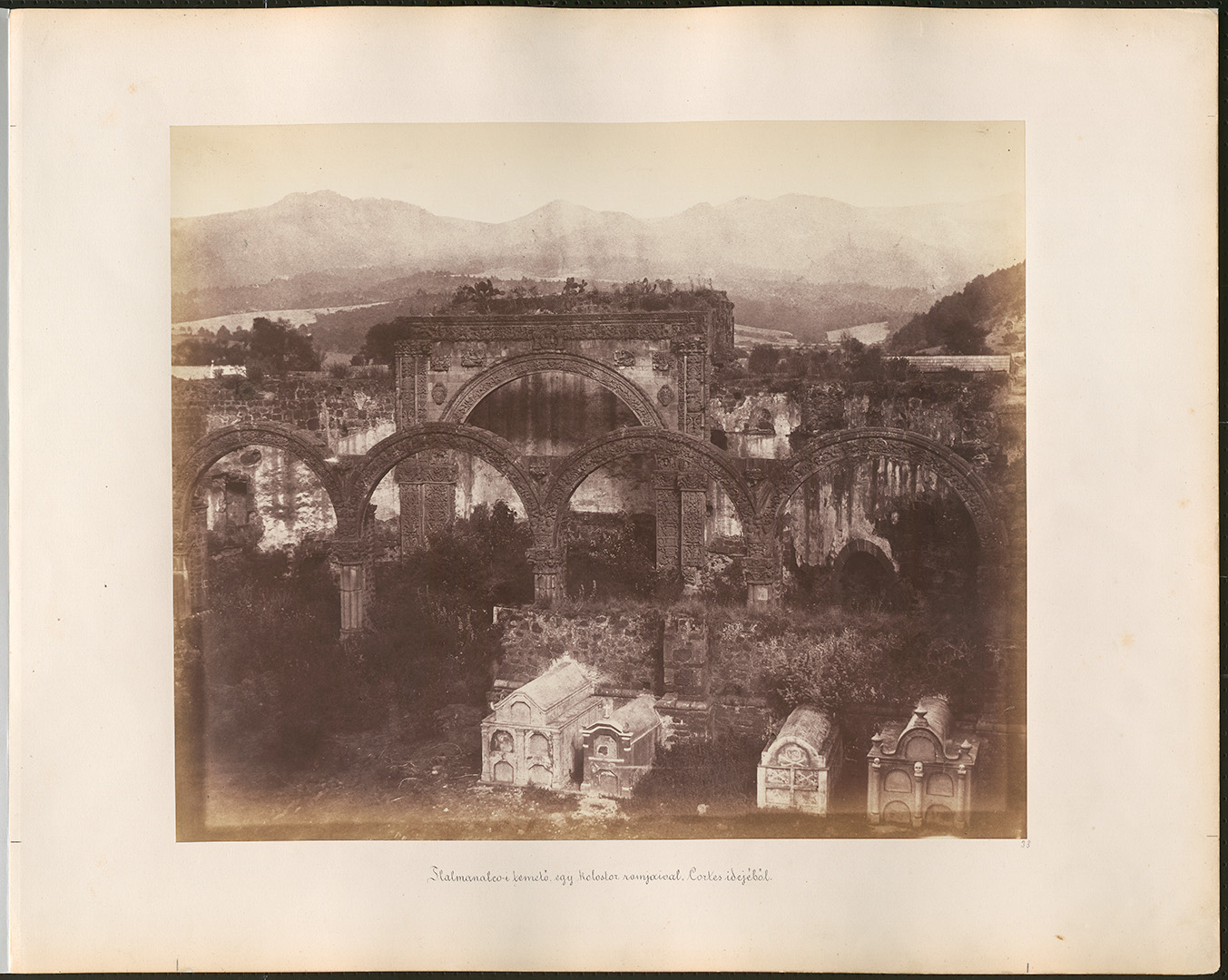 Cemetery with the ruins of a monastery from the time of Cortez, Tlalmanalco, Mexico City, 1858, diluted albumen print, (Mexico) © Hungarian Museum of Photography 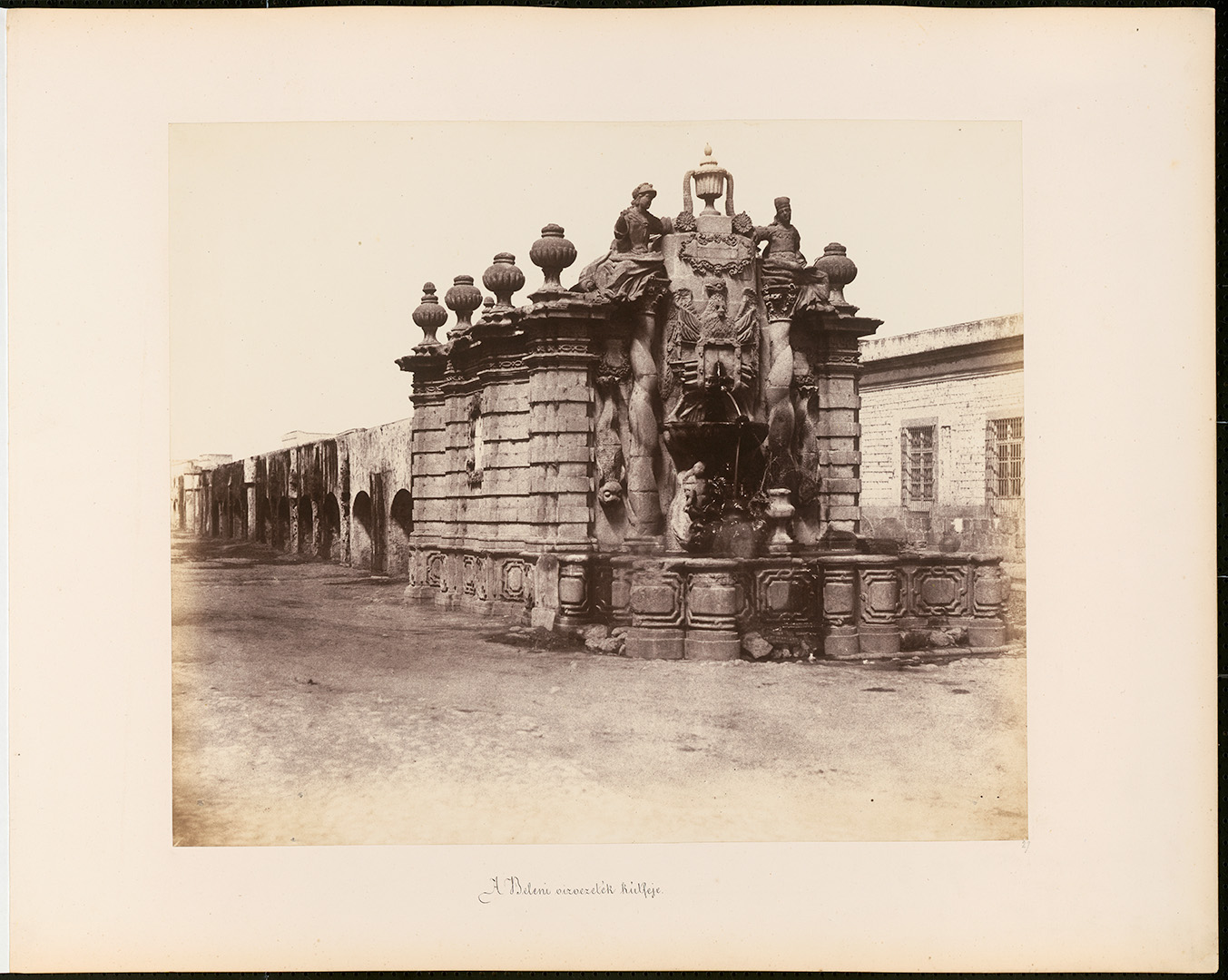 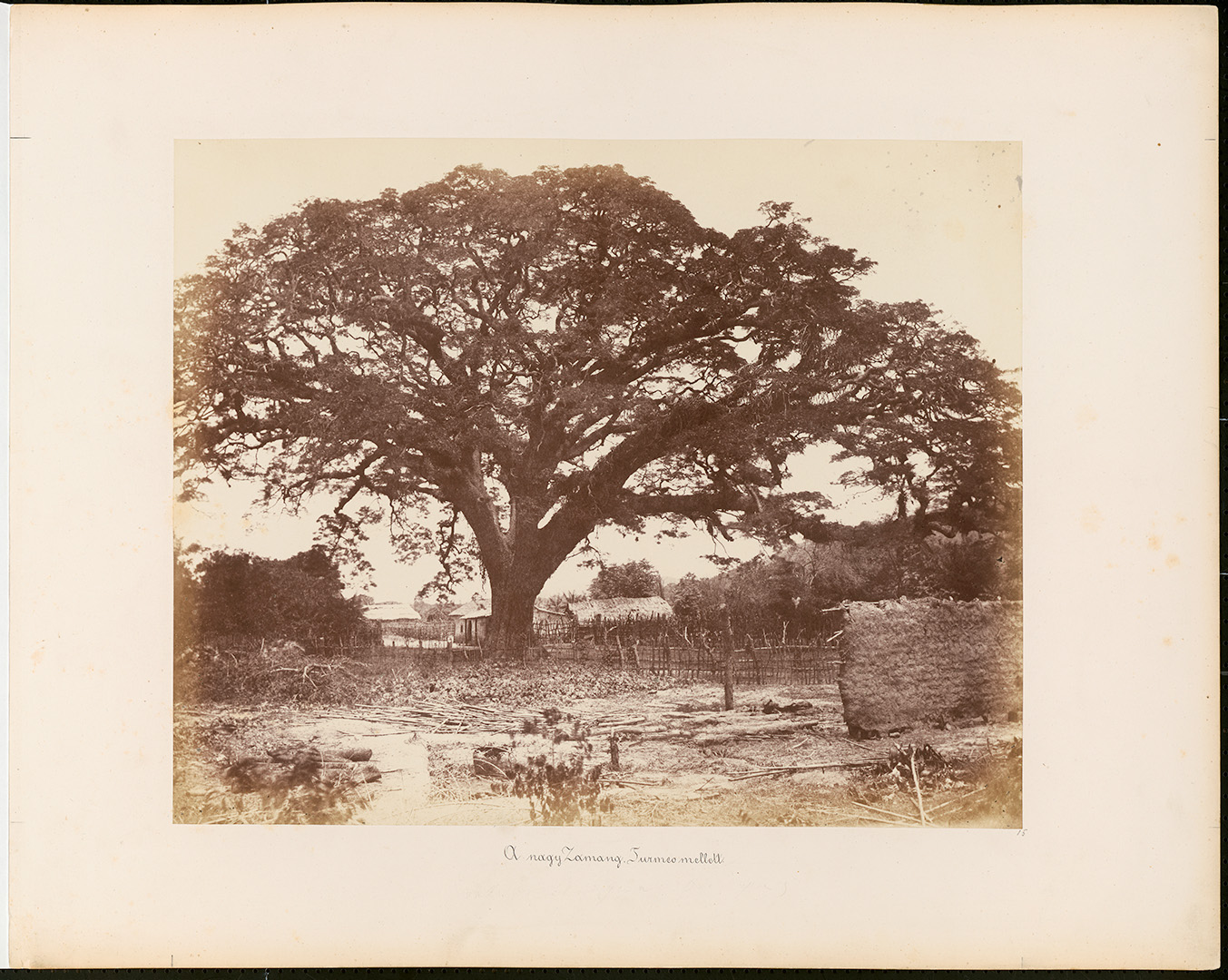 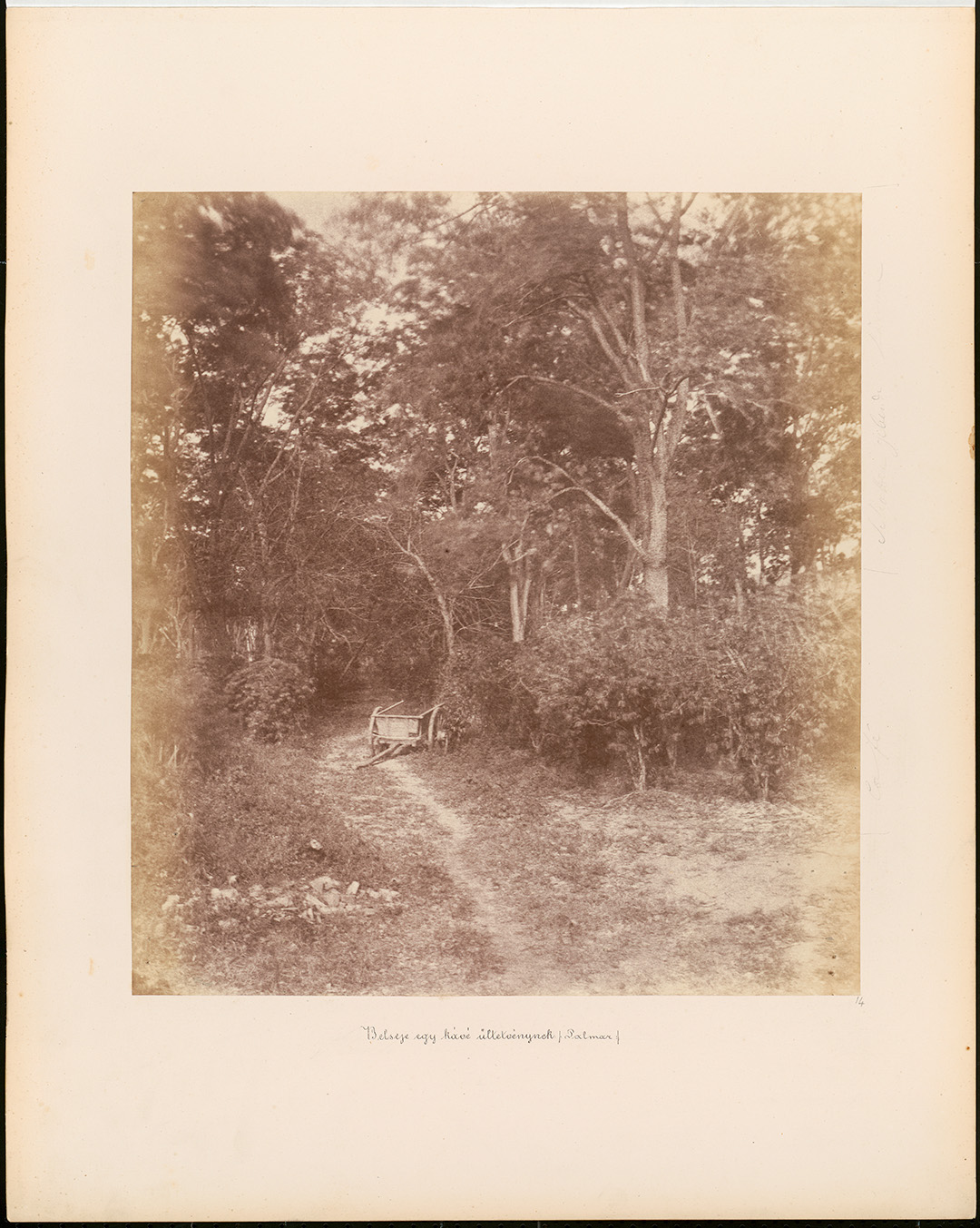